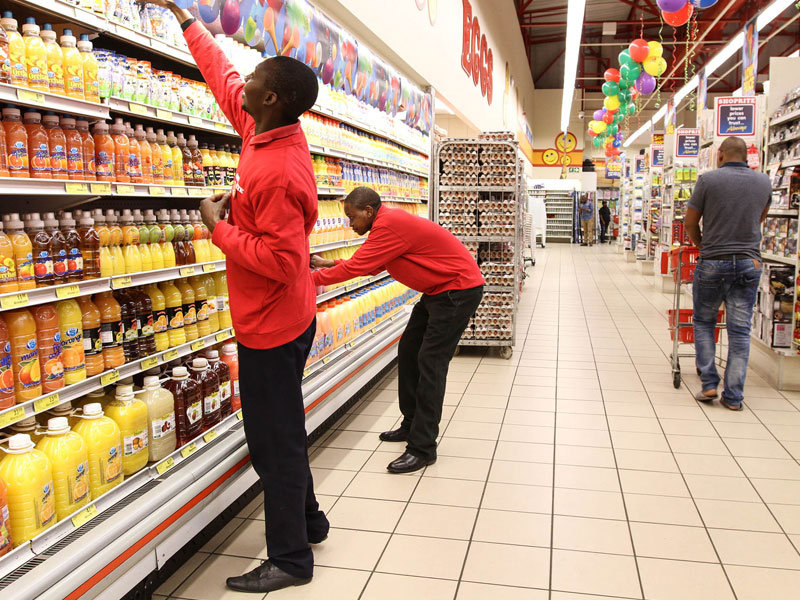 As the problem of counterfeiting is yet to be completely brought under control, there are products that should be given special priority in the anti-counterfeiting fight. This group of fake products have left a trail of casualties and fatalities in their wake, and as such, it is my hope that knowing them will help you be extra cautious when next you’re about to make a purchase. Here they are;

1 out of 10 medical products in low and middle-income countries, which includes most of Africa, is sub-standard or fake and the World Health Organization also documented that 42% of all fake medicines reported to them from 2013 – 2017, were from the African continent. To put that in even worse context, we (at Chekkit) found out that over 70% of Nigerians would usually just throw away a suspected counterfeit product and not report it. All these just helps you put a perspective on how rampant counterfeit pharmaceuticals are.

In terms of casualties, it is one of the most deadly on the list, killing an estimated 1 million people yearly across the globe, according to the WHO. Coming down to Africa specifically, fake anti-malaria drugs alone, kills over 120,000 people every year. Over the years, the fight against fake and substandard drugs has been intensified but the problem is far from solved. More can and should be done.

Babies are fragile, curious, and all shades of cute, so why will anyone make harmful counterfeit products for them? Sadly, that’s the world we live in and counterfeit baby products are a thing. There have been cases of fake baby lotion, food, drugs, etc… and parents can’t really be blamed for this as they can barely differentiate a fake product from the genuine one. The problem is bigger than most people think and 30% of consumers have bought fake baby products at some point.

In 2009 a toxic chemical mixed into a teething medicine called “My Pikin Baby Teething Mixture” killed 84 children. A report from the Nigerian Agency for Food and Drug Administration Control (NAFDAC) says that the chemical (diethylene glycol) found its way into the teething mixture when the producer, Barewa Pharmaceuticals Ltd, obtained the tainted ingredient from an unregistered chemical dealer. Going global, counterfeit baby gears like strollers, carriers, and even toys can result in pretty serious injuries and in extreme cases, casualties.

In 2019, The National Agency for Food and Drug Administration and Control (NAFDAC) confiscated five trucks of about 56 assorted unregistered cosmetic products, worth over N60M from a warehouse in Lagos, Nigeria. That’s just one warehouse. Sadly, many cosmetic products exist in the Nigerian market and across Africa; some are locally made, while others are imported. With the massive growth of social media and e-commerce, the sale of counterfeit cosmetics has also skyrocketed and people are buying fake beauty products online daily across the globe.

Beauty products are meant to enhance your features, however, a counterfeit or substandard version can in fact do quite the opposite. Counterfeit cosmetics have been known to contain cyanide, rat poison, lead, urine, arsenic, harmful bacteria, etc. and all these are seriously dangerous substances that shouldn’t be consumed under any circumstance. People have also reported a number of symptoms from using counterfeit makeup, including eye infections, allergic reactions, skin rashes, swollen lips, chemical burns, high blood pressure, infertility, and in many cases, long term skin problems. Sadly, most consumers don’t even know until it’s too late.

It’s estimated by the World Health Organisation (WHO) that across the world, 36,000 yearly fatalities and 1.5 million injuries were as a result of defective, counterfeit car parts and in countries like Saudi Arabia and India, 50% of road carnages has been because of fake auto parts.

The Standards Organisation of Nigeria (SON) at a point estimated that 95% of auto spare parts imported into the country are either substandard or fake and when you remember that Nigeria imports most of her car parts, the situation becomes gloomier. Globally, the European Office of Intellectual Property (EUIPO) estimated that €2.2 billion is lost every year by the legitimate parts industry to counterfeit tire sales and €180 million each year due to counterfeit battery sale. Why is the market for fake and substandard car products booming? It’s simply because car owners will knowingly buy fake or substandard car parts because they are cheaper and presents a “bargain” to them.

This list would not be complete without making mention of alcohol. How bad is alcohol counterfeiting? It has been estimated that a third of all alcohol production worldwide is illegal, and that number rises to half in Africa and China. This means that every bottle of alcohol you buy in Nigeria has a 50/50 chance of being fake. It’s even scarier to know that fake alcohol has been found severally in authentic bottles, making it even harder to detect. I actually have several friends who have given up drinking alcohol just because of rampant the problem is and I can’t say I blame them.

Here’s the dangerous part; the proper way to make alcoholic drinks is by using ethanol, an alcohol that’s safe to drink moderately. Sadly, fake alcoholic drinks are usually made using cheaper types of alcohol (e.g methanol) which can cause severe damages to your health. As a matter of fact, between May and June 2019, 9 persons (including several American tourists) died in the Dominican republic from allegedly drinking fake alcohol. Fake booze has been known to contain embalming fluid, jet fuel, nail polish remover, isopropanol, etc. which are all substances that will get you tipsy but can lead to nausea and vomiting, abdominal pain, drowsiness, liver and kidney problems, and even coma. Methanol, which is commonly found in fake vodka, may cause permanent blindness.

What are packaged consumer goods? These are essentially your everyday packaged foods and beverages. The food business is big business and the world’s grocery market is expected to reach $11.8 trillion by this year (2020). These annual sales make these industries an attractive target for criminals. If I had a dollar for every time someone around me complained of a funny-tasting bottle of water or threw out a jar of mayonnaise because it smelled funny, I would be right up there with Jeff Bezos. That shows you how widespread and normal it is to encounter a fake packaged consumer product.

In late February 2018, 14-year-olds Nahima and Yahaya died after eating bad biscuits at a classmate’s birthday party in a school just outside Nigeria’s capital Abuja. Several other children were hospitalized from eating the biscuits. In South Africa, fake food has been threatening the lives of the country’s most vulnerable population; the poor. From plastic rice to palm oil laced with coloring agent Sudan IV (a widely known carcinogenic), vegetable oil made with recycled oil to milk powder without animal protein, the cases are far too much to count and this has negatively affected the levels of malnutrition and health complications in my beloved continent.

Notable mentions include fake electronics and counterfeit building materials which have also lead to casualties from electric shocks, fires to even collapsed buildings. In all honesty, counterfeiting in any sector is known to always leave a bad taste in the mouth.

I know that buying fake and sub-standard products can mean saving a little money now but you’re very likely to pay a far greater price down the line. It is also very important that you are extra vigilant when buying and consuming stuffs and also try as much as possible to enlighten those around you that might be unaware of how bad things are currently.

Interested in seeing how Chekkit can help you safeguard your products from counterfeiters? Visit our website and book a demo.

4 Benefits of Counterfeiting, No 3 is Very Key

Why NAFDAC Wants To Ban Sachet Alcoholic Drinks By 2023

Is a Customer Rewards Program Still Relevant in 2021?

The Role of Consumer Loyalty Programs in Marketing. An FMCG Case Study

Why You Need to Engage With Your Consumers More Often

How to Boost Sales with Consumer Rewards and Loyalty Programs