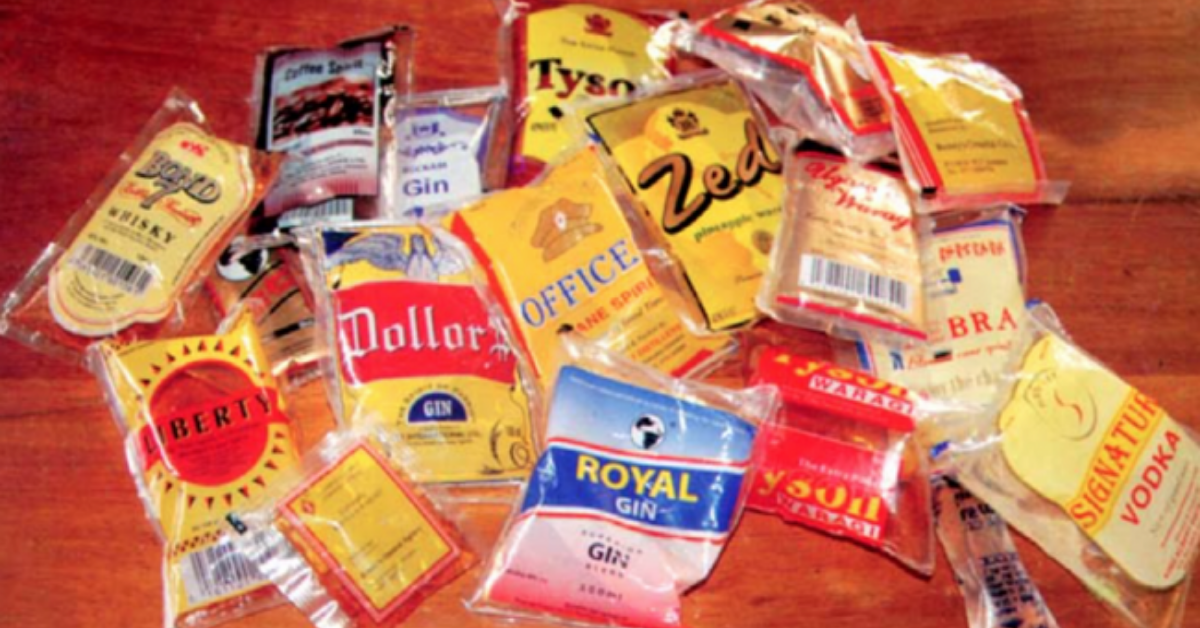 The rate at which the underage population has access to alcohol is quite alarming because the manufacturers of this product make it accessible and affordable to everyone. Due to its availability in sachets, many young people experience the effects of drinking too much alcohol at an early stage in life. As a result, underage drinking has become a major public health problem in the country.

Recently, The National Agency for Food and Drug Administration and Control (NAFDAC) announced its plan to ban alcohol sold in sachets in order to reduce availability and curb abuse. The Director-General of NAFDAC, Prof Mojisola Adeyeye mentioned her great concern over the wide distribution of alcohol in sachet and also noted that the packaging’s had led to an increase in the abuse of alcohol in the country making it easy for the underage population to have access to alcoholic products without restrictions.

She shared her worries about the negative effects of irresponsible alcohol consumption on public health and on the safety and security of the public being that, alcohol is a toxic and psychoactive substance with dependence producing properties.

Negative Impacts of Early Drinking on the underage Population

According to the DG, Uncontrolled access and availability of high concentration alcohol in small sachet and small volume PET or glass bottles have been a major factor contributing to substance abuse in Nigeria with its negative impacts on the society. Consumption of alcohol in high concentrations can have serious impacts on both the public and the young population’s health and safety. Some of these negative effects are:

Young individuals often desire to live a better life and alcohol can intensify their feeling of desperation and cause them to steal, break the law, and get into trouble with the police. Alcohol abuse amongst the underage population can lead to an increase in the crime rate in a country and hereby deter the growth of the economy.

Early Drinking alcohol can affect a child’s ability to do well in school. Young people who engage in excessive alcohol consumption often blackout and forget what they are doing. Underage drinkers may miss classes, miss school, get lower grades, and perform poorly in their curriculum. Some end up dropping out of school, repeating classes, or get expelled from school.

Alcohol harms young people who start drinking at an early stage in life and it is a major cause of death and disability. People die every second and the death rate resulting from alcohol use is higher than the one caused by diseases. According to a WHO report, alcohol consumption accounts for three million deaths, injuries, and illnesses for millions of people worldwide. Alcohol abuse by underage drinkers can lead to respiratory failure, shortness of breath, coma, and death.

Intoxication among young people often leads to depression and unintended i njury, which is often associated with motor vehicle accidents and suicide attempts. They experience hallucinations and delusions that could lead to death.

Excessive and frequent alcohol consumption in adolescents is associated with low self-esteem, depression, behavioral disorders, antisocial behavior, and anxiety. Children who start drinking early are often mentally unstable and are at increased risk of being addicted.

Later in life, they experience alcohol-related health problems such as liver diseases, hypertension, anemia, hepatitis, and many more which can reduce their lifespan.

Unwillingness to participate in Society Development

Young people under the influence of alcohol lack commitment to engage themselves in community development, which in effect spurs reckless behavior. Alcohol affects their brain development and renders them incapable of making decisions, planning, and influencing their community positively. They have nonchalant attitudes and oftentimes they don’t show interest in happenings in the society. Early drinking of alcohol will make the underage population not to participate in activities that will aid society growth.

Finally, alcohol abuse amongst the young population can be a burden to the public and it can deter the growth of the economy. Banning alcohol in sachet is one of the effective ways to curb abuse among the young population. However, strict laws can be put in place for people who sell to underage drinkers, and awareness about the harmful effects of alcohol can be created.

Do you agree with the plan to ban sachet alcoholic drinks? Tell us.

4 Benefits of Counterfeiting, No 3 is Very Key